A woman has claimed to have caught her husband cheating simply by spotting something out of place in a selfie he took to send to her.

TikTok user @shesough uploaded a video on Sunday, February 14, and explained how her husband was staying in a hotel for the night and partying at a casino.

He sent her some selfies of himself posing in the bathroom of his suite.

However, on closer inspection of the photo, his wife noticed something that shouldn’t have been there and it suggested he had female company.

She wrote: “My husband sent me pics trying to look all cute in his suite at the casino, but I noticed some odd things, now he is single.

“Can you guess what it is?” she asked.

One look at the bathroom counter in front of him shows hair straighteners in the reflection. 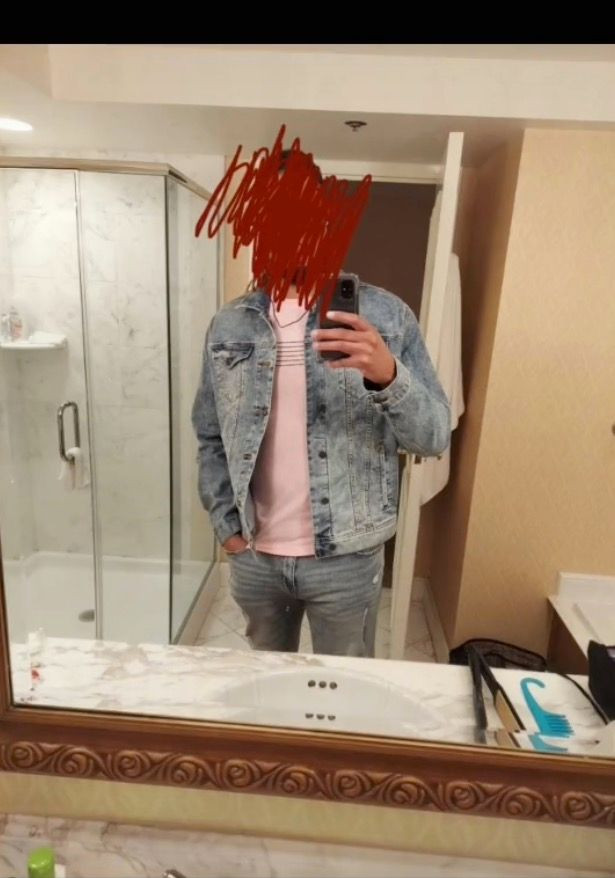 Many were quick to point out in the comments that hair straighteners weren’t usually provided by hotels, so someone else likely packed put them there.

“Oooofff the straightener and the detangling comb,” wrote someone else.

Also, the man didn’t appear to be wearing a wedding ring in the photos, as spotted by other commenters.

The video was watched more than 4 million times and many commenters were eager to know what happened next.

In a follow-up video, the TikTok user said it was the hair straighteners that she found most suspicious, as well as another item she didn’t recognise. 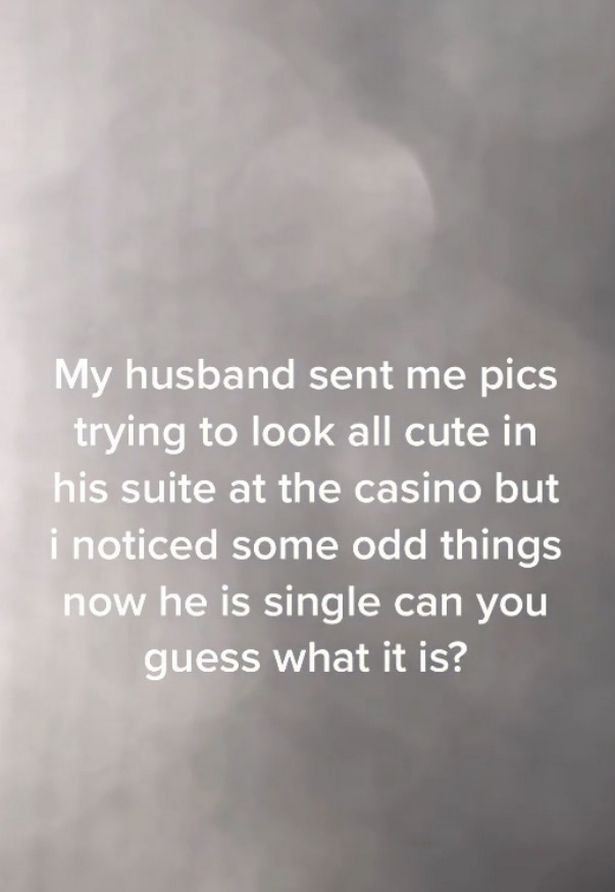 She says: “The first thing I saw was the straightener, it was just there in plain sight.

“The second thing I noticed was a purse on the floor, it looked like a coach bag or something, maybe like a Michael Kors bag.

“Supposedly, that wasn’t his room and that was a friend’s room he was in, like another guy’s room who has a girlfriend or something.

“But I’m not believing it because that’s just all too sketchy, like why are you in somebody’s else’s room taking photos?”