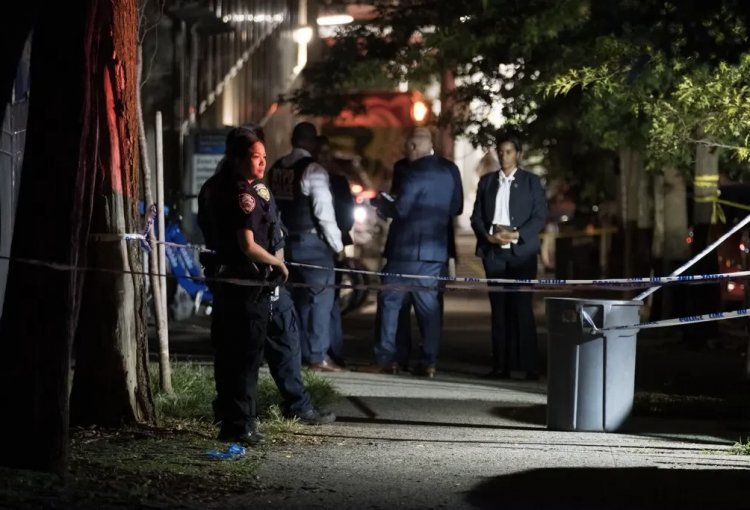 A 20-year-old woman was fatally shot while she was pushing a baby stroller in Manhattan’s Upper East Sideon on Wednesday night, June 29,

The woman was near the intersection of Lexington Avenue and 95th Street around 8:30 p.m. when she was shot, police said in statement. She was taken to Metropolitan Hospital Center where she was pronounced dead, police said.

The 3-month-old baby was not hurt, police said, but was taken to a hospital for medical evaluation. City Council member Julie Menin, who represents the area, said on Twitter that the victim was the child’s mother. Her identity has not been released pending notification of family.

The woman was taken to a hospital where she was later pronounced dead. A motive was not disclosed, and there had been no arrests as of Wednesday night.

“We’re going to find this person that’s guilty of this horrific crime,” Mayor Eric Adams told reporters. "We’re going to find him and bring him to justice. But we need the justice system to make sure this innocent person receives that justice that we’re asking for.

Adams said there is an “oversaturation” of guns, and that the issue of gun violence is not confined to New York City.

The attacker, who was wearing a black hooded sweatshirt and black pants, ran off after firing, officials said, heading east down a tree-lined block with brownstone buildings on one side and a park and public school on the other.

Police launch manhunt for killers of two persons in Enugu

Russia vs Ukraine: Nigeria votes against Putin at UN Assembly