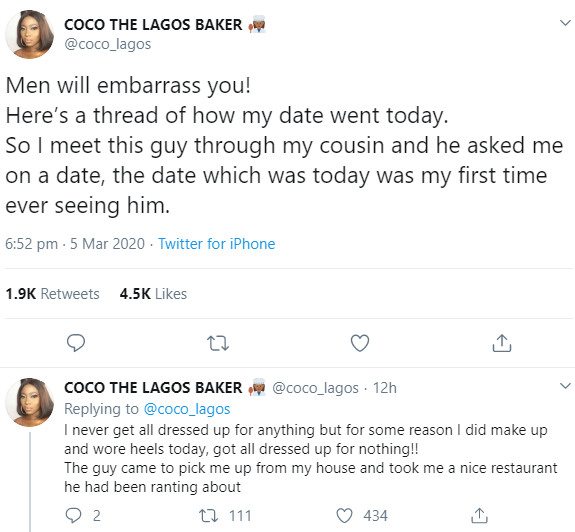 A Nigerian pastry chef took to Twitter to narrate the disastrous date she had with a man.

She said she met the guy through her cousin and he asked her out on a date. On the day they agreed to meet, he picked her up and took her to a restaurant he’s been going on about.

However, when after they had ordered, he casually informed her that she was going to pay for their meal. This was after the man had ordered a drink worth 18, 500 and a fancy meal that cost almost as much.

The lady said she thought he was joking so she continued eating her meal while they had a conversation.

The conversation was mostly him telling her that he’s tired of his current girlfriend and he wants to leave her and get married within 5 months to the pastry chef he was on a date with. He also told her that he loves her for how independent and hardworking she is.

After the meal, when the waiter brought the bill, it amounted to 33,500 Naira.

The woman said she paid for only hers but the man caused a scene and insisted she pays for him too. When she refused, he found a way to pay and they left the restaurant for the man’s car.

To her shock, when she got into the car, the man asked her to get down from his car, then drove off without her.

Read her thread below. 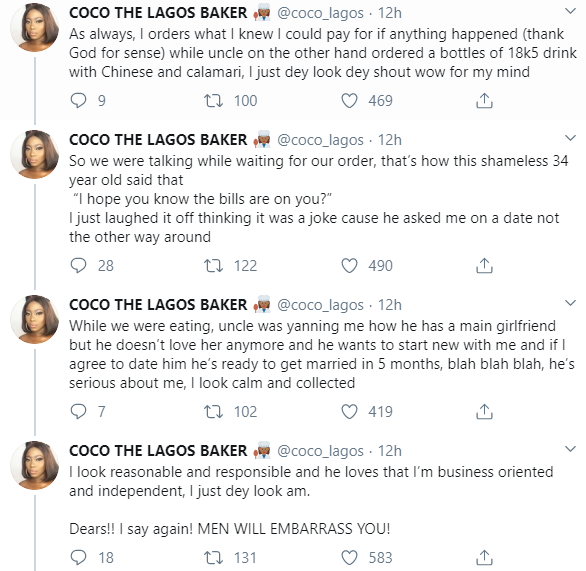 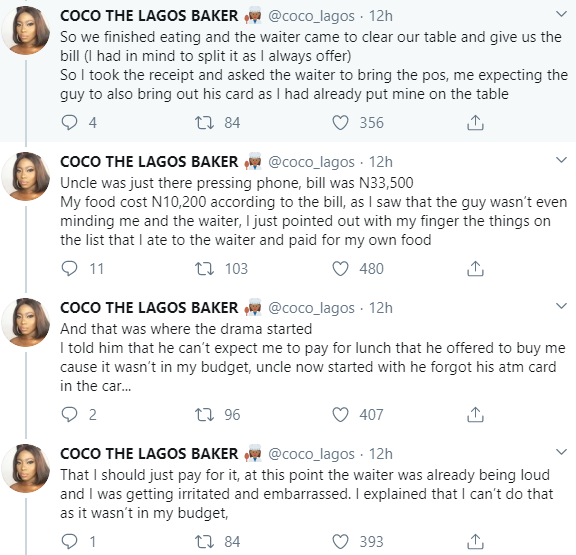 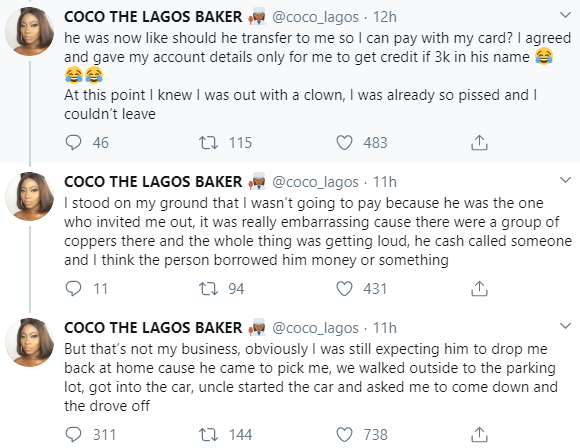