Cameroon have named a strong 32-man squad for November’s 2022 Fifa World Cup qualifiers against Malawi and Cameroon, with Andre Onana making the cut.

The Ajax goalkeeper was initially handed a 12-month suspension for failing an out-of-competition doping test, with his Dutch club claiming their number one accidentally took medicine prescribed for his wife.

Nevertheless, the sanction was reduced to nine months by the Court of Arbitration for Sport (CAS) in June – which means his suspension would end on November 4. 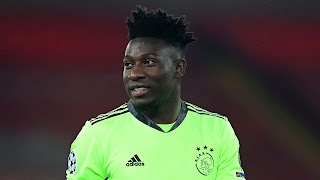