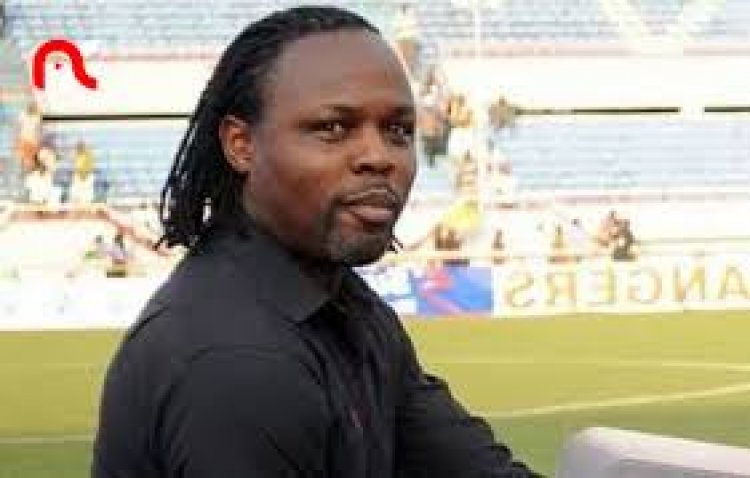 Former Super Eagles star, Victor Ikpeba has reacted to comments from Victor Osimhen after he advised the Napoli man to be more serious with his game.

A week after Nigeria failed to qualify for the Qatar 2022 World Cup coming up in November, Ikpeba slammed Osimhen for attempting to score a bicycle-kick instead of controlling the ball.

Osimhen tried the bicycle-kick on several occasions as Nigeria sought for the winning goal during the World Cup playoff against Ghana at the National Stadium in Abuja,

Many fans were angered by the player’s action but remained calm since he was the best player on the Nigerian side on that day, but Ikpeba felt the 23-year-old should have been more professional in front of goal.

However, in response to Ikpeba’s observation, Osimhen took to social media to aim digs at the former Monaco star.

And appearing on SuperSport’s Monday Night Football for this week, Ikepba was made to react to Osimhen’s comment when his co-pundit on the programme, Segun Agbede, demanded that the Napoli striker should apologise to him [Ikpeba].

“He’s a young lad, I still love him. Victors are all like that,” Ikpeba said, refusing to drag the matter any further.

Champions League: It will be tough for Chelsea, we are ready to suffer – Ancelotti

Lewandowski in shock move to Barcelona