Barcelona legend, Xavi Hernandez, has handed the clubâ€™s president Joan Laporta the names of four players to sign, El Nacional reports. Xavi looks set to become Barcelonaâ€™s new manager this week after Laporta sacked Ronald Koeman last week. Recall that Laporta sacked Koeman last Wednesday and appointed Sergi Barjuan as interim manager. The Spaniard has now demanded Barcelona to make four signings for him. The first name on Xaviâ€™s wishlist is that of Manchester United midfielder Paul Pogba, who is currently in the final year of his contract with the Premier League giants. Another player on Xaviâ€™s wishlist is Borussia Dortmundâ€™s Erling Haaland, who is arguably one of the best young strikers in the world. The third player is RB Leipzigâ€™s Dani Olmo, while the fourth player is Sevillaâ€™s Jules Kounde.

Ukraine: Why I joined fight against Russian invasion -Usyk 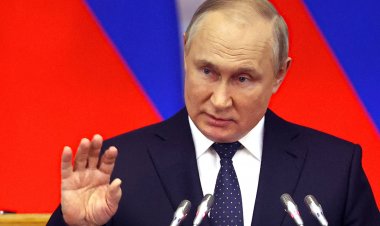