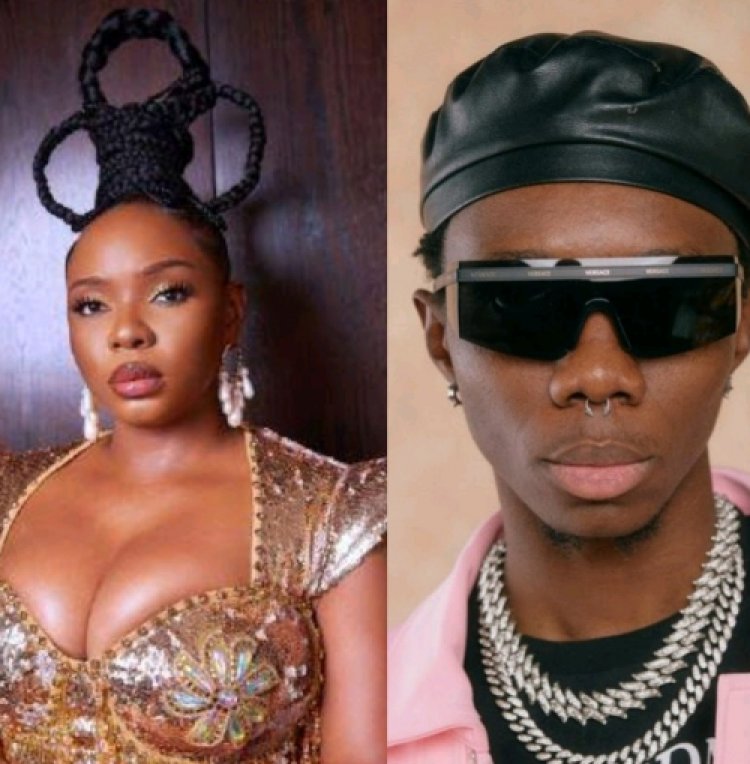 A number of Nigerian artists have come out to speak against their colleagues who use "streaming farms" to boost their songs.

It began with Ruger and Buju Benson going at each other on Twitter.

During the Twitter spat, Benson said there are streaming farms in Nigeria now where record label bosses pay money to get their artists' songs up on music charts, thereby giving them an edge over artists who rely on organic streams. 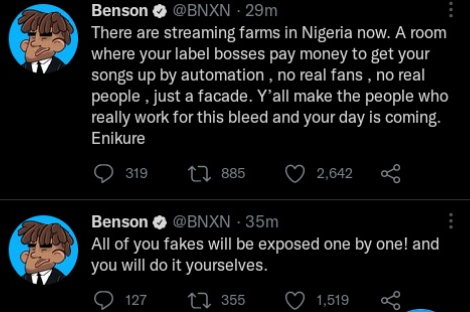 His tweet seemed to resonate with other artists and they have now joined him to speak against streaming farms.

Blaqbonez tweeted: "All of you using streaming farms would be exposed soon. Awon hushpuppi."

Yemi Alade quote-tweeted BlaqBonez tweet and added: "Never saw a 'realler' tweet! Somebody pls frame this tweet for me. I want to hang it on my wall."

Olakira also weighed in, writing: "And If you no dey pay these streaming farms, one guy from abule agba go borrow data come online talk say you fall off."

Don't borrow money from a woman including your mother - Actor Jigan

I Experimented Drugs and Engaged in Street Fights before...

Why I Switched From Beauty Pageant To Rap Music â€” Munachi...