New Chelsea boss Thomas Tuchel says that his arrival at Stamford Bridge has been “a bit surreal” as he revealed the thought process behind his first lineup in charge of the club.

Tuchel was confirmed as Chelsea manager on Tuesday, with the Blues announcing Frank Lampard’s departure earlier in the week.

The former Borussia Dortmund and Paris Saint-Germain coach’s first game in charge came just one day after his appointment, with Chelsea playing host to Wolves at Stamford Bridge. 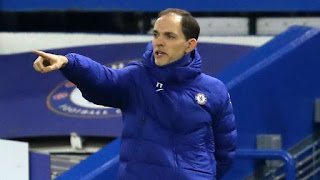