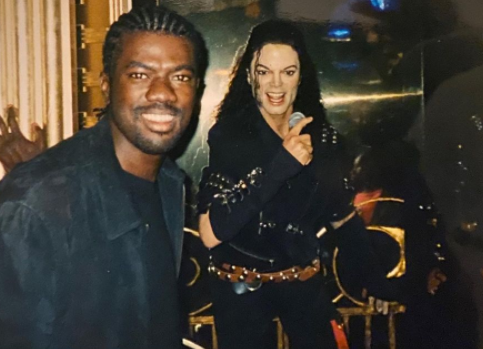 Reno Omokri has responded to a Christian man who raised an eyebrow over his hairstyle in a throwback photo.

Reno, a pastor, had shared the photo above of himself posing beside a frame of the legendary pop star, Michael Jackson. In the photo, Reno was spotting a weaved hairstyle.

A Nigerian Instagram user with the handle, @mandelahsharason raised an eyebrow over his hairstyle. He wrote;

”Did you give your life to Christ then? Am just imagining the hairstyle.”

Why are you guys always so eager to usurp God’s authority? Leave God to judge who is a believer and who is not. You guys condemn Kano Hisbah, but your own Christian Hisbah is worse. Have you finished perfecting your walk with Christ that you want to make mine imperfect?

“Do not look at his appearance or at his physical stature, because I have refused him. For the LORD does not see as man sees; for man looks at the outward appearance, but the LORD looks at the heart.” 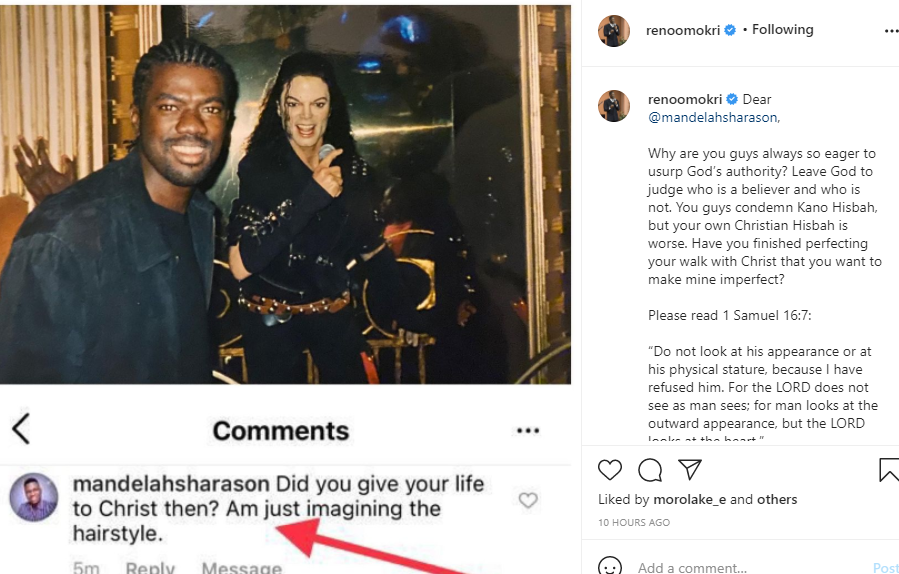