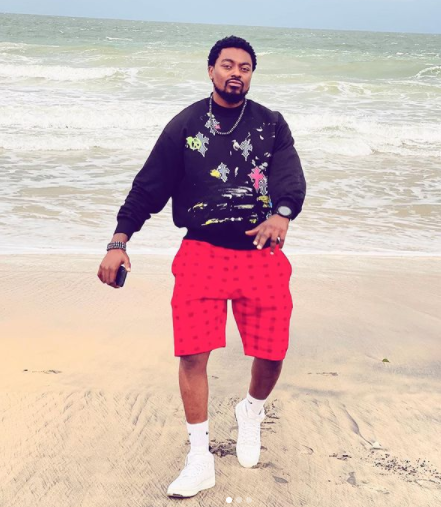 Big Brother Africa star, Tayo Faniran has lashed out at those he accused of calling him local because he chose to remain hardcore Yoruba.

Tayo revealed that he has been living and working outside Nigeria with foreign nationals for almost 12 years, and also wondered why he would want to change who he is when his originality has always opened doors for him.

The reality show star stated that he stands out where he goes and get people interested in knowing where he is from.

Almost 12 years of living and working outside Nigeria with white people and several foreign nationals since I was 22 (2008),I became the only man to represent my country ?? on the biggest show in the entire continent in 2014 and you still think remaining a hardcore Yoruba man means I’m local?

my originality opens doors for me where your influence can’t reach, I stand out wherever I go and I get people to be interested in Knowing more about where I’m from,be the original version of yourself 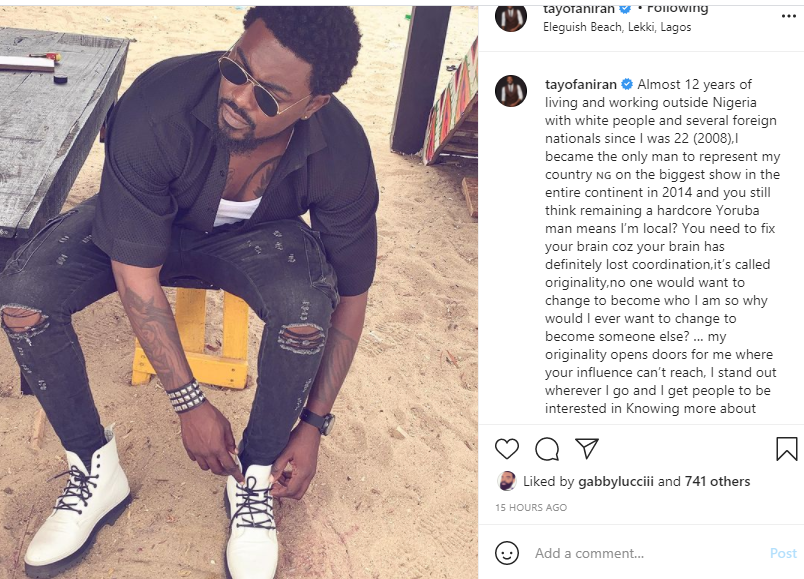