You represent what Nigerians desire – Peter Obi to Akeredolu 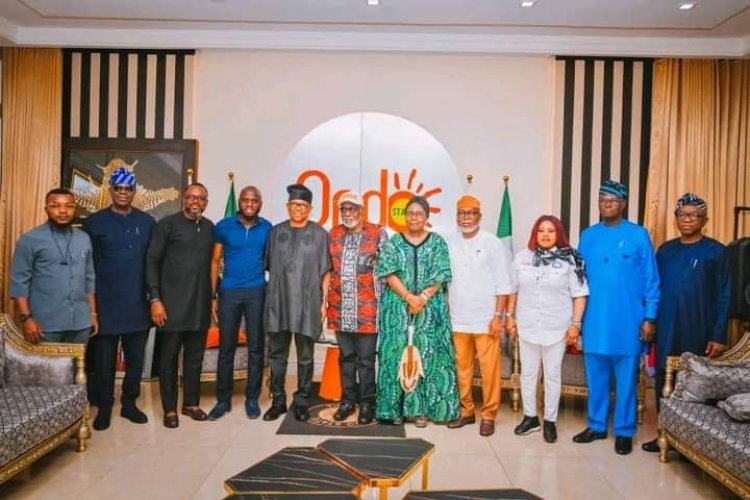 Peter Obi, the Labour Party’s Presidential Candidate, stated on Tuesday that Oluwarotimi Akeredolu, the Governor of Ondo State, symbolizes what Nigerians desire at the moment.

Obi characterized Governor Akeredolu as a leader who always tells the truth, regardless of the repercussions.

The LP Presidential candidate stated this during a condolence visit to the governor at the Presidential Lodge, Government House, Alagbaka, Akure.

According to Obi, the governor deserves praise for standing up always for the people, stressing that things are bad in the nation because people chose to remain silent.

He charged Governor Akeredolu to continue to take every necessary steps to protect his people, adding that the Governor is doing the right thing.

“I urge you to continue in that direction. You represent one of those things Nigerians desire, the ability to speak the truth no matter the consequences.

“Arm those special security people. Take every step to protect your people. It is important and it is your duty. I’m happy that you are always speaking out when necessary. May God Almighty continue to be with you and bless all of you.”

Obi offered the Governor his condolences on the passing of his mother, Lady Evangelist Grace Akeredolu, JP, and prayed for God to grant her eternal rest.

The LP presidential candidate also took the opportunity to express sympathy to the governor over the tragic St. Francis Catholic Church Owo shooting, which left 41 people dead and many more hurt and heartbroken

Akeredolu thanked Obi and his entourage for making the effort to see him.

While referring to what occurred on June 5 at St. Francis Catholic Church in Owo as horrifying, the Ondo Governor also characterized the tragic episode as unexpected and unusual, particularly in the Southern region of the nation.