Big Brother Naija star, Gifty Powers has lashed out at people who do not tap on the love symbol when they see photos of her kids she shares.

The reality show star who described such people as “disguised witches”, also called those who feel disgusted or irritated by her kids’ photos “demons”.

Gifty concluded by saying that those who hold a grudge against her and try putting it on her kids will rot in hell fire.

If I post any of my two beautiful and blessed kids picture and you don’t tap on the love symbol, KNOW THAT YOU ARE A DISGUISED WITCH.

• If you monitor my page, and you feel disgusted or irritated by any of my beautiful kid’s picture, KNOW THAT YOU ARE A DEMON.

• Lastly, If you have a grudge against me and you try putting it on my kids, know that you will rot in HELLFIRE.
I know people with fake accounts will display their stupidity here ?‍??. 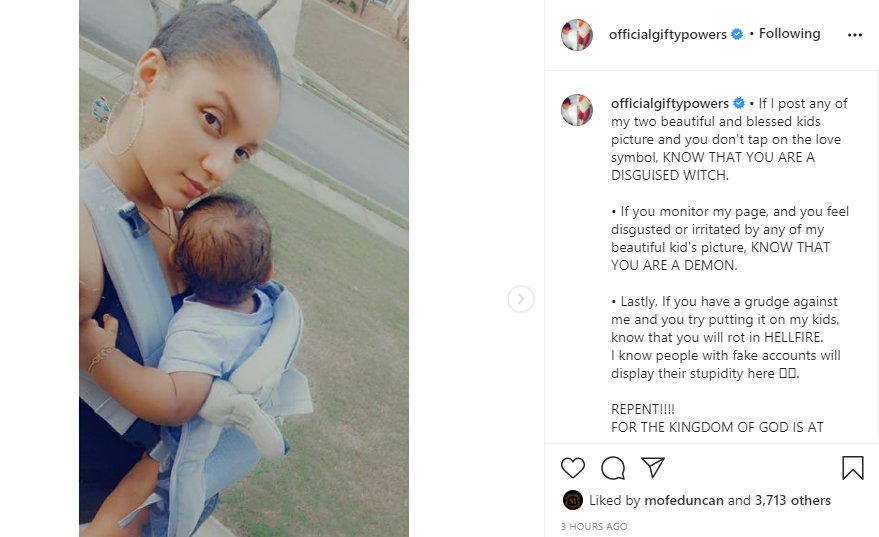