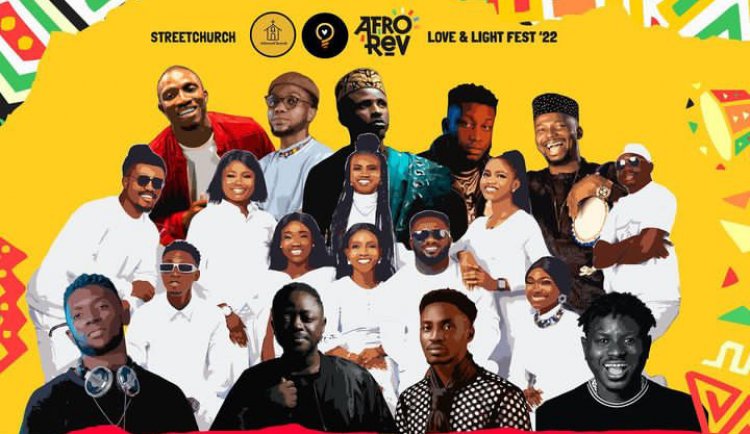 Over 2,000 youths attended a one-of-its-kind Afrobeats gospel concert at the Lekki Leisure Beach in Lagos State.

The event, which held on Sunday, featured performances from fast-rising ‘Afrogospel’ Nigerian artistes such as Spirit of Prophecy, Prinx Emmanuel, Greatman Takit, and a host of others.

A statement made available to The PUNCH on Tuesday revealed that the event was themed ‘AfroRev’, coined from the words ‘Africa’ and ‘Revolution’.

The event, organised by Street Church, was the second edition of its annual Love and Light Fest.

True to the theme, the event was highly afrocentric with games, fashion, food, and other elements tilting to portray Africa.

The convener, Tobi Oreoluwa, said the event was created to promote the spread of faith and healthy party culture among the young Christian community.

He said this year’s edition was centred around the booming genre of music, Afrogospel (fusion of afrobeat and gospel music).

Oreoluwa made an audacious claim that Afrogospel was set to dominate and take the world by storm.

It was a remarkable night for the young people as they were enthralled with jaw-dropping performances from some of the top acts that rocked the Afrogospel music scene in 2022.

With the Afrobeats wave taking the world by storm, Afrogospel has also become a very important player in the sub-genre.