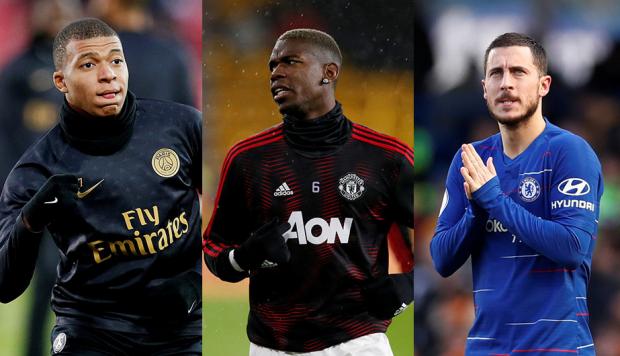 Real Madrid manager, Zinedine Zidane, is not in favour of a move for Kylian Mbappe, according to Don Balon.

Zidane is looking to sign several targets this summer and he knows any move for Mbappe would all but end the club’s transfer dealings, as it would take massive fee to sign him.

Instead, he hopes to secure either Paul Pogba or Eden Hazard to go with Sadio Mane, as he looks to rebuild the club following a difficult season.

Hazard is believed to be top of Zidane’s wish-list.

Asked about Hazard at a pre-match press conference on Friday, Zidane said: “He is a player I have always rated, as everyone knows.

“He is a player that has played in France, that I have watched a lot and that I know personally.

“There’s nothing new about what I think of him as a player. He’s a fantastic player.”